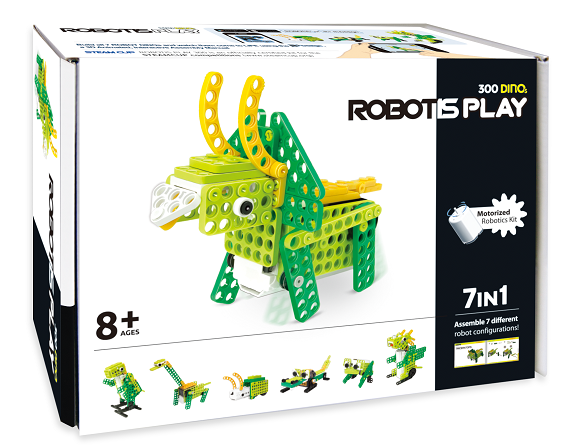 ROBOTIS PLAY 300 DINOs is a friendly and colorful dinosaur-themed robotics kit featuring a motorized control box that allows your children’s creations to come to life and move!
The kit also features ROBOTIS’ patented rivet system, which allow creative minds to explore endlessly and build further on their creativity by coming up with new figures and designs.

You can build up to 7 different robot figures with the ROBOTIS PLAY 300.
The Triceratops, Tyranno, Brachiosaurus, and can be built using the colorful assembly manual included with the kit.
Build the remaining robots, including the Beetle, Dragon, Crocodile, and the Frog by downloading the FREE R+ Design app for Android, iOS, Windows PC. 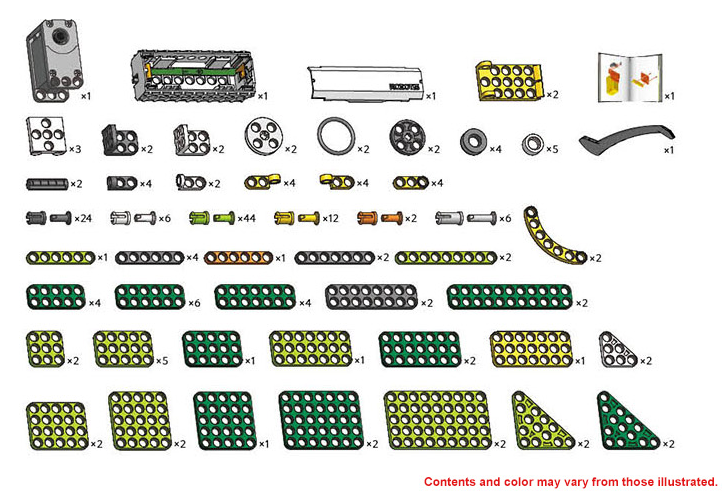 Turn on the power switch on the battery case to activate the assembled robot.