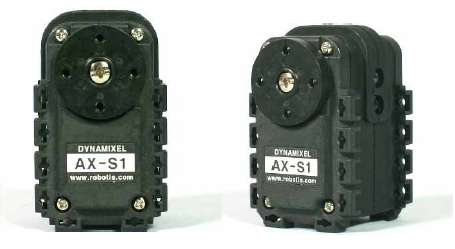 NOTE : If the Instruction Packet ID is set to the Broadcast ID(0xFE), Status Packets will not be returned for READ or WRITE Instructions regardless of the set value of Stuatus Return Level (68). For more details, please refer to the Status Packet section for DYNAMIXEL Protocol 2.0

If the DYNAMIXEL receives an Instruction Packet, it will return the Status Packet after the time of the set Return Delay Time(5).
Note that the range of values is 0 to 254 (0XFE) and its unit is 2 [μsec]. For instance, if the Return Delay Time(5) is set to ‘10’, the Status Packet will be returned after 20[μsec] when the Instruction Packet is received.

The Stuatus Return Level (68) decides how to return Status Packet when DYNAMIXEL receives an Instruction Packet.

NOTE : If the Instruction Packet ID is set to the Broadcast ID(0xFE), Status Packet will not be returned for READ or WRITE Instructions regardless of Stuatus Return Level (68). For more details, please refer to the Status Packet section for DYNAMIXEL Protocol 2.0.

The reference value is set in the estimated place where a light is turned on in the light-brightness sensor of DYNAMIXEL Sensor Module. If the sensor value is grater than the reference value, the bit which belongs to Light Detected is set to ‘1’ because the light is brighter than a certain brightness; if the sensor value is less than the reference value, the bit is set to ‘0’ since the light is not brighter than a certain brightness. Light Detect Compare Value is assigned to two places: ROM(Address 0x15) and RAM(Address 0x35), and when the power is turned on, the value of EEPROM is copied to RAM.

It is the IR sensor value of DYNAMIXEL Sensor Module for distance measurement. If the infrared rays are emitted from the IR-emitting part of AX-S1, the emitted infrared rays are reflected after hitting walls or objects. The amount of the reflected rays is measured by the IR-receiving part of AX-S1, and the higher value is acquired, the closer walls and objects are located. The measured values have the range of 0~255; only 255 may be appeared if any object or wall is located within a certain distance. Since it is an IR-mesurement type, reflection ratio may vary depending on the color and the surface texture of walls and objects; the measured value can be different from the expected value.

If IR Distance Sensor value of AX-S1 is greater than the reference value, a certain bit of object detection value is set to ‘1’, judging an object is detected. Please refer to the table below on the bits each sensor represents.

If light brightness sensor value of AX-S1 is greater than the reference value, a certain bit of light detected value is set to ‘1’, judging a light is detected. The bit each sensor represents is equal to the object detection value. (See Address 0x20 above) 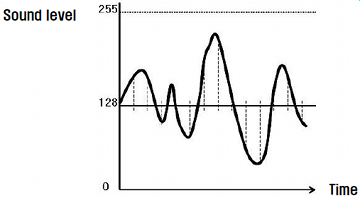 AX-S1 has a function to count 1 time if a certain level of sound is made. For instance, it is possible to count the number of claps. However, to prevent 1 clap from being counted as multiple claps, once claps are counted one time, the claps are not counted for 80msec. After the last count, the counted value is saved as sound detected count in 800msec. To recognize the time when the sound detected count is increased, count the number internally, and then save the value in the sound detected count in 800msec while initializing the internal count as ‘0.’ See the following picture for better understanding.

AX-S1 has a function to save the time of the moment whenever sound detected count is done. The function is provided to detect the direction of sounds, and at least 2 units of AX-S1 are necessary. The function is based on the difference of sound-incoming time to each of AX-S1 Mics using the speed of sound (The speed of sound is about 343m/sec ot 20 degrees of Celsius). Sound detected time is counted internally (Repeating the count of 0~65535), and the currently counted value is saved when sound detected count is increased. Thus, after initializing sound detected time simultaneously to ‘0’ using Broadcasting command by separating 2 units of AX-S1 properly from each other, if sounds are made, the time difference between the two AX-S1s occurs pursuant to the directions of sounds. If the sound source is in the front, the sound is detected almost at the same time, but if the sound source is not in the front, the time difference occurs pursuant to the apart distance of AX-S1. The direction of sound sources can be roughly estimated using the principle above. See the following picture for better understanding.

The sound counted time of AX-S1 is counted about every 4.096 msec and it is counted again from ‘0.’ Therefore, calculating by the speed of sound, the sound moves about 0.02mm per count, and the distance between two AX-S1s must be within 70cm. For example, if the two AX-S1s are 10cm apart, in case of using the method above, the difference of sound detected time between two AX-S1s may vary up to 5000. (If the difference is about 5000, it means the sound source is located at 90 degrees left or right of the two AX-S1s) 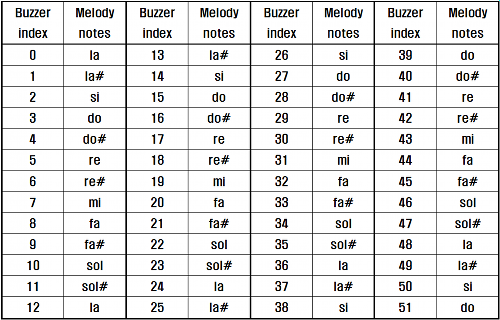 The received data is saved in IR remocon sensor. If this value is read, the new remocon data arrival value is automatically initialized to ‘0.’

Remocon Data To Be Transmitted

IR Obstacle Detect Compare Value of Address 0x14 is saved in RAM area of Control Table. Currently, it is not possible to detect normally in short distance(e.g. within 5cm distance, the maximum value is always acquired) since, in case of IR Sensor of AX-S1, infrared rays are emitted strongly to detect in long distance. Therefore, AX-S1 supports low-sensitive mode for acurate detection in short distance; if ‘0’ is entered in IR Obstacle Detect Compare Value, it is converted to low-sensitive mode. In low-sensitive mode, the long distance sensor performance is not satisfactory, but accurate and sensitive detection is possible in short distance because it is not saturated to the maximum value. 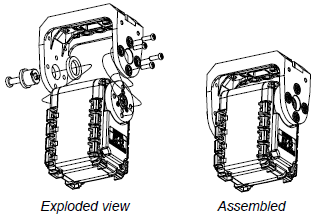 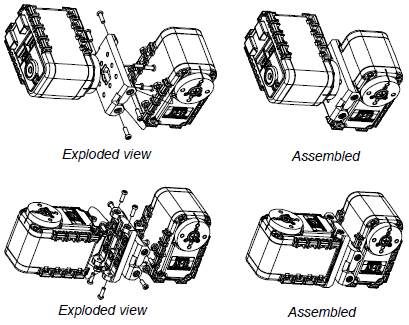 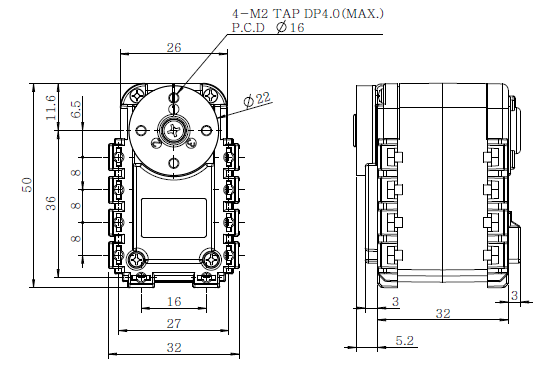