When building Manipulator at ARM SDK, you may use the Addjoint function after generating Instance of RobotInfo Class.
AddJoint gets values from D-H Parameter and actuator’s max and min turn angle in rad and value as well as actuator ID number (min and max turn angles may not be the same as joint angle limits). 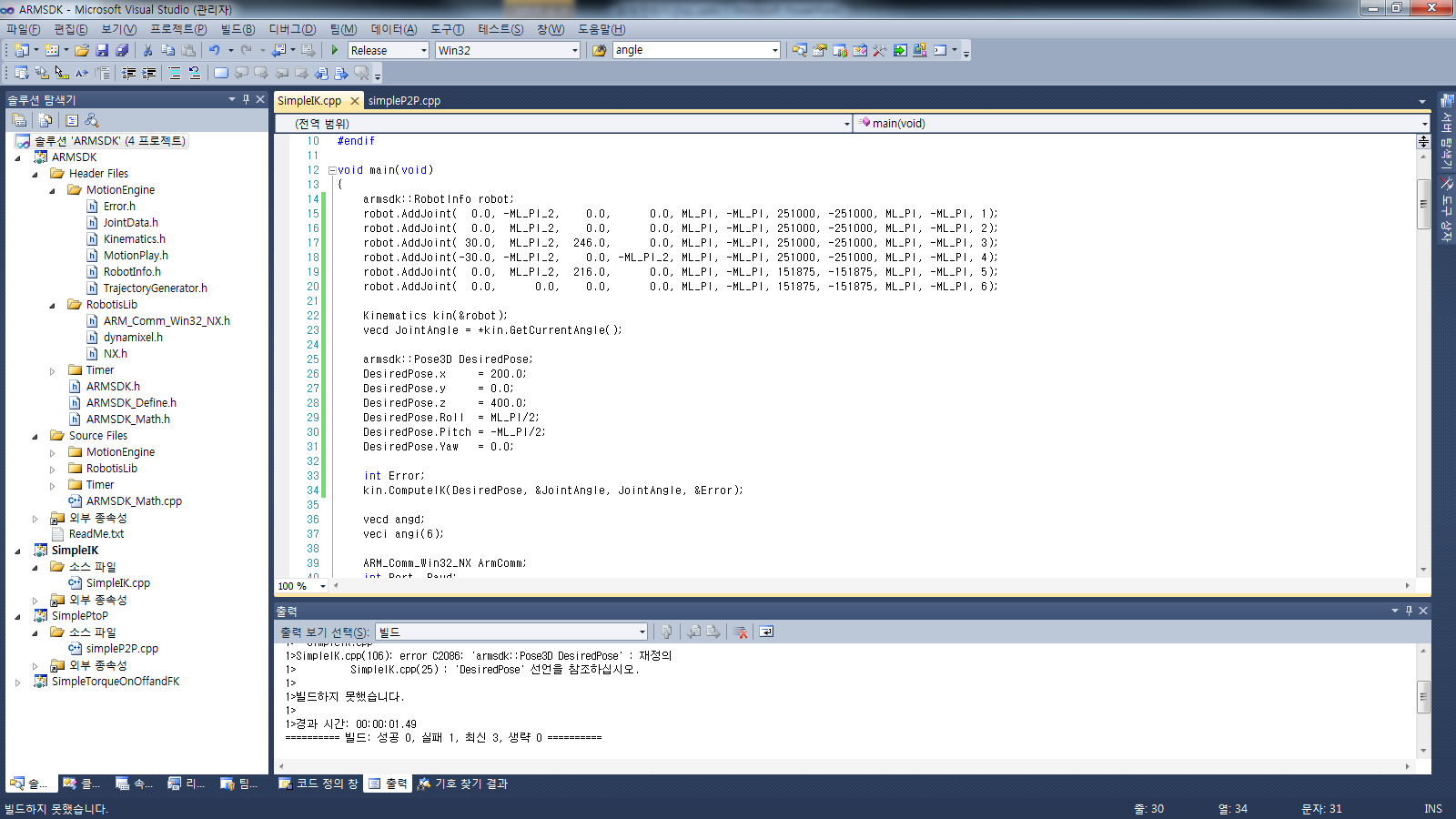 The Trajectory Generator class generates an instance for the arm’s trajectory. The SDK’s Point to Point, Linear, and Circular can generate a trajectory. For arm-only trajectory then only Set_PTP, Set_LIN, Set_Circular; for the gripper then Set_PTPwithHand, Set_LINwithHand, Set_CIRCwithHand.

The SDK’s Velocity Profile does not take max velocity and max acceleration into consideration in the Trapezoidal Velocity Profile. The initial and final velocity are always set to 0. The following methods generate velocity profile in Joint Space and Cartesian Space, where both are independent of each other. 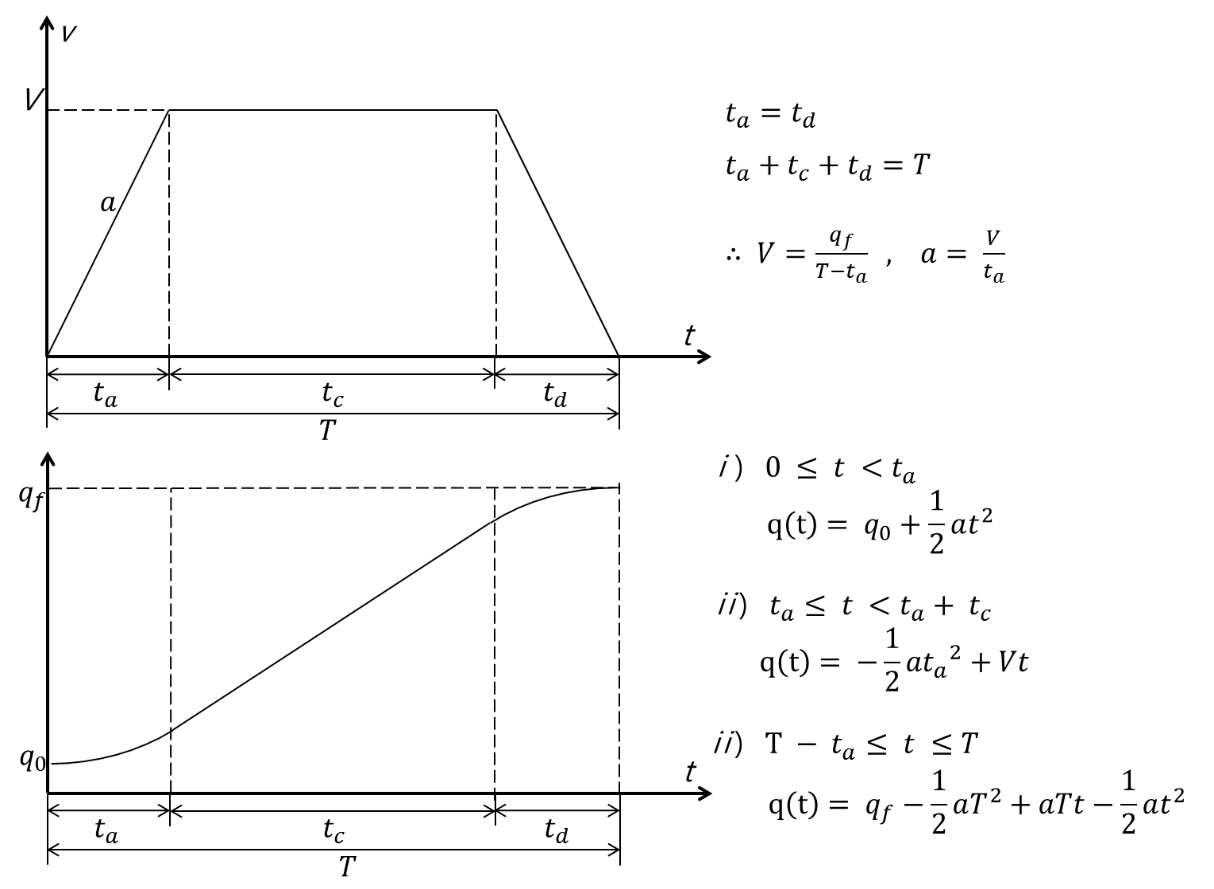 The Set_PTP function determines 2 poses for the manipulator (initial and final) by factoring in Trapezoidal Velocity Profile and receives velocity time and total time. Initial and final pose are in rad and joint angle in mm or rad (x, y, z, roll, pitch, yaw). When generating the trajectory it is recommended to factor in joint angles.

The Set_LIN function generates a 3-point coordinates for the robot’s straight trajectory. This factors in initial and final pose for Linear Euler Interpolation for orientation.

The Set_CIRC function generates a 3-point coordinates for the robot’s circular trajectory. This factors in initial and final pose. It sets a point of origin in the area and proceeds to trajectory via MotionPlay and vector generation. 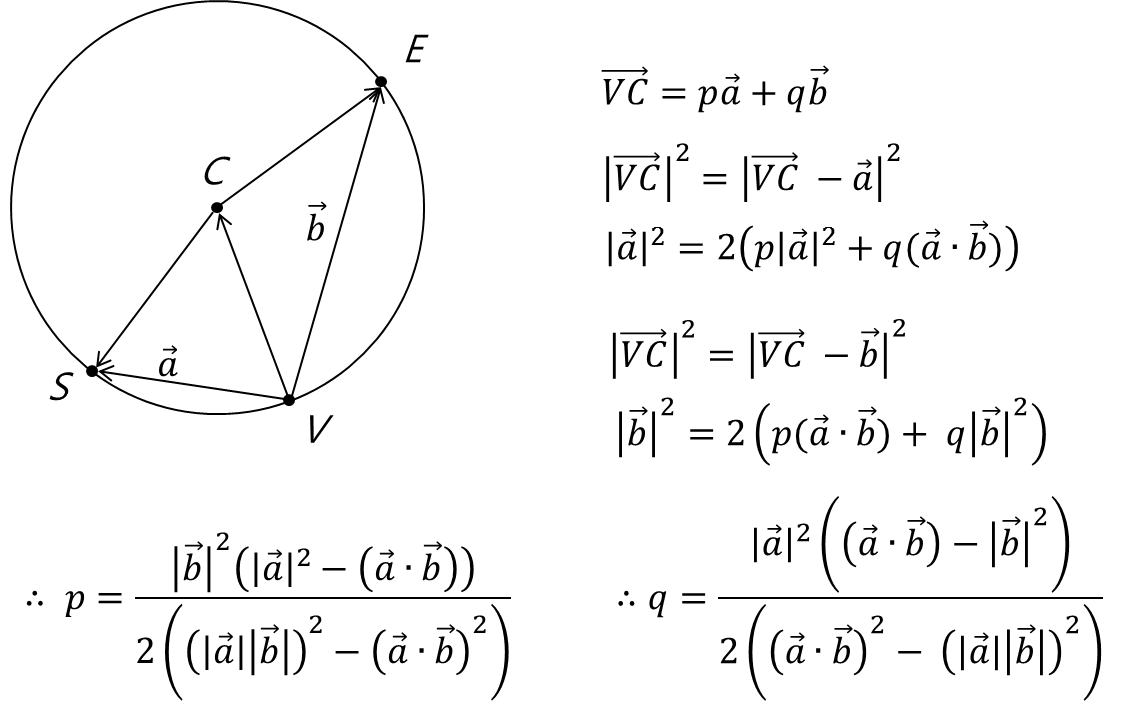 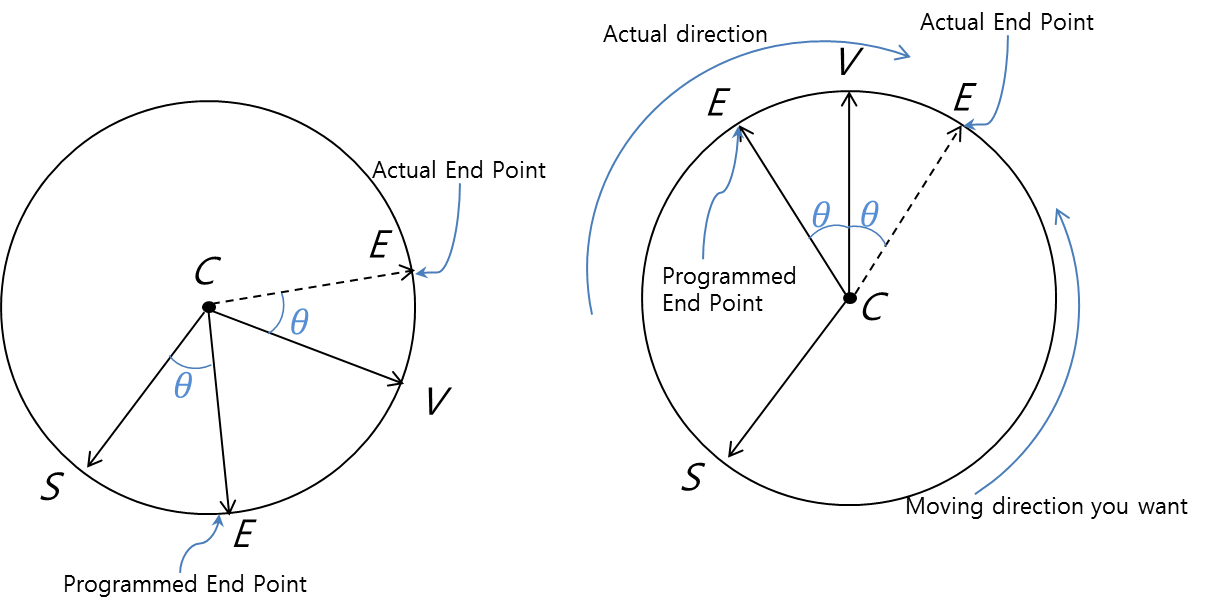 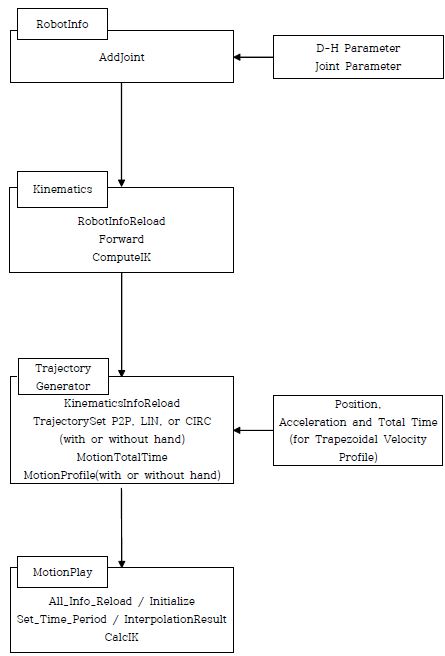