WARNING: Be careful when running the robot on the table as the robot might fall.

The navigation enables a robot to move from the current pose to the designated goal pose on the map by using the map, robot’s encoder, IMU sensor, and distance sensor. The procedure for performing this task is as follows.

TIP: Before executing this command, you have to specify the model name of TurtleBot3. The ${TB3_MODEL} is the name of the model you are using in burger, waffle, waffle_pi. If you want to permanently set the export settings, please refer to Export TURTLEBOT3_MODEL page.

TIP: When you run the above command, the visualization tool RViz is also executed. If you want to run RViz separately, use the following command.

[Remote PC] First, the initial pose estimation of the robot should be performed. When you press 2D Pose Estimate in the menu of RViz, a very large green arrow appears. Move it to the pose where the actual robot is located in the given map, and while holding down the left mouse button, drag the green arrow to the direction where the robot’s front is facing, follow the instruction below.

Then move the robot back and forth with tools like the turtlebot3_teleop_keyboard node to collect the surrounding environment information and find out where the robot is currently located on the map.

When this process is completed, the robot estimates its actual position and orientation by using the position and orientation specified by the green arrow as the initial pose. Every green arrow stands for an expected position of TurtleBot3. The laser scanner will draw approximate figures of wall on the map. If the drawing doesn’t show the figures incorrectly, repeat localizing the TurtleBot3 from clicking 2D Pose Estimate button above. 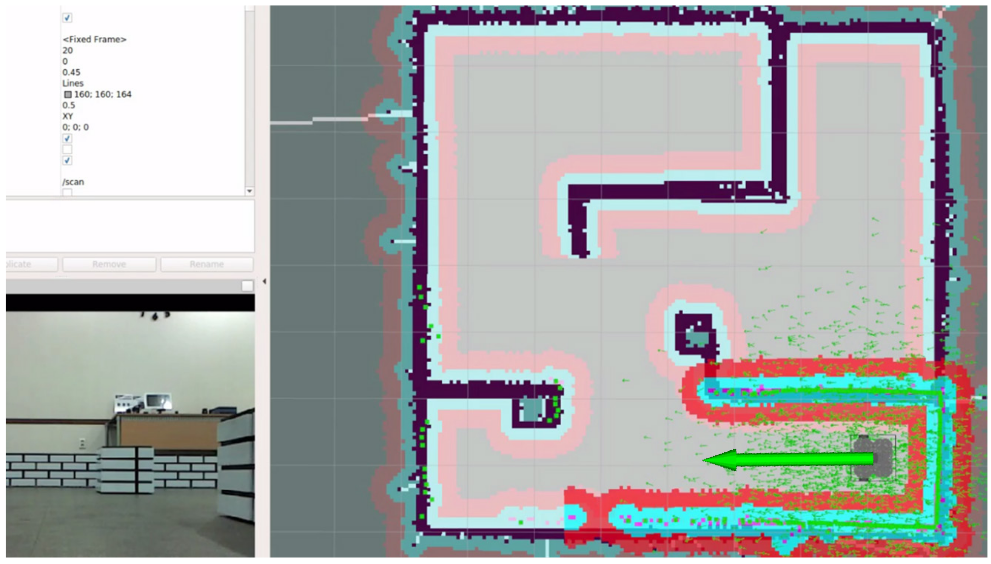 TIP: The turtlebot3_teleop_keyboard node used for Estimate Initial Pose should be terminated after use. If it does not, the robot will behave strangely because the topic overlaps with the /cmd_vel topic from the navigation node of the next step.

The robot will create a path to avoid obstacles to its destination based on the map. Then, the robot moves along the path. At this time, even if an obstacle is suddenly detected, the robot moves to the target point avoiding the obstacle.

Navigation stack has many parameters to change performances for different robots. You can get an information about it in ROS Wiki or refer chapter 11 in ROS Robot Programming book.

This tuning guide give some tips for you to configue important parameters. If you want to change performances depends on your environments, this tips might be help you and save your time. 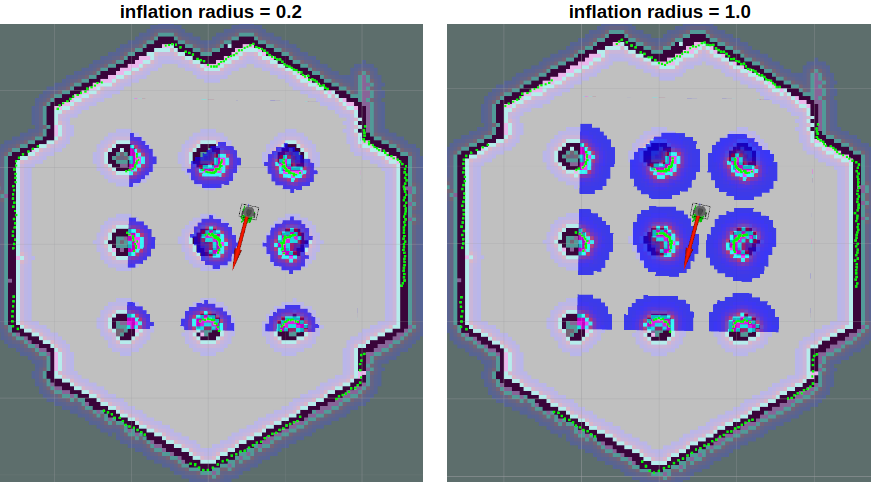 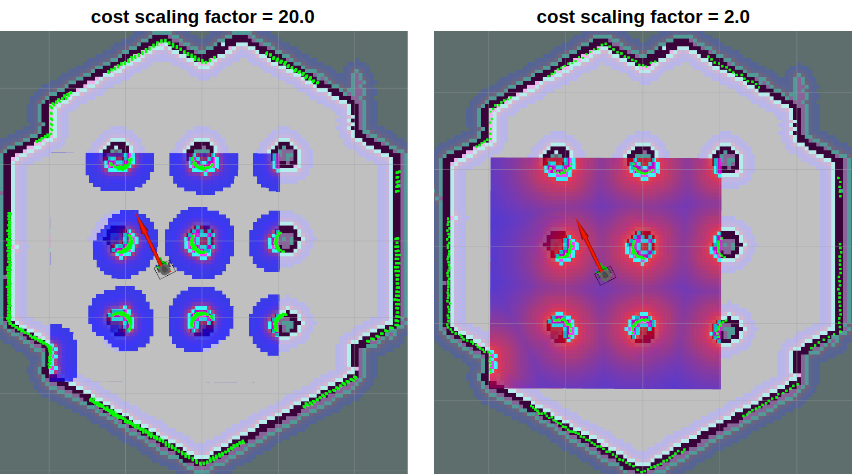 The best path is for the robot to pass through a center of between obstacles. Set this factor to be smaller in order to far from obstacles. 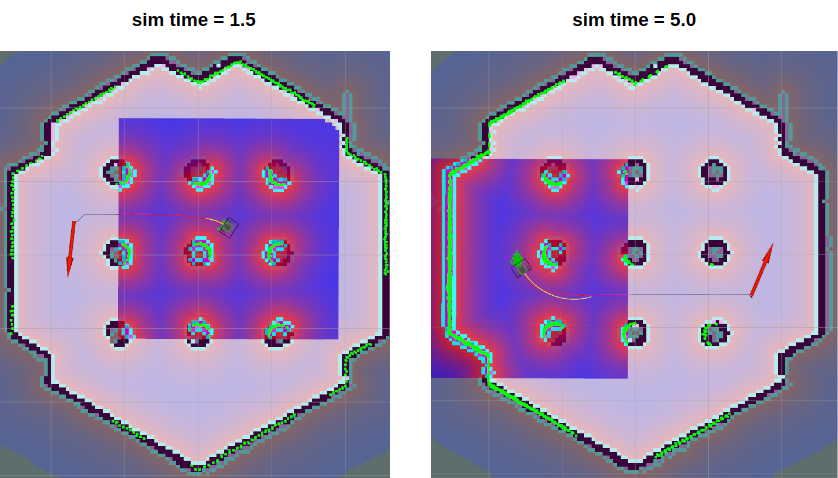